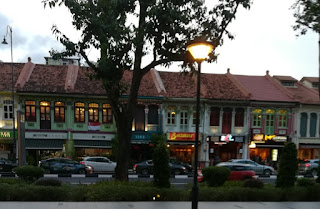 I had a really nice Saturday of gaming goodness. I met with Ray and we headed to Games Workshop Red House for a intro game of 40K. We even managed to get a few games of Magic in. I took a pic of the revamped Katong Mall area. I haven't been back there in about 10 years. Much has changed. Looking pretty swanky and upmarket now haha! 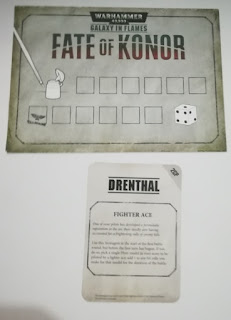 Got some loot from the Fate of Konor campaign as well. Great taking part in a global campaign. Only did that once before a long time ago. I lost the game, but had lots of fun trying out the new hotness of the Primaris Marines.

Decided to paint up one of my Primaris Lieutenants today. I already got the main yellow and black on. So it was just filling in the details. 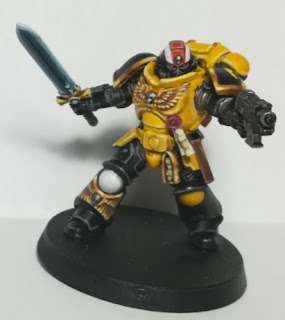 Took the photo just before he fell off the table (hence the angle). 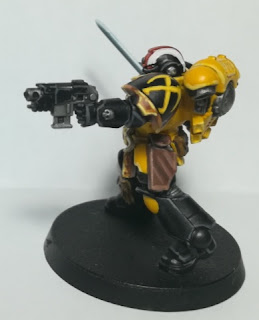 On slightly more stable ground. Side view of the Lieutenant proudly displaying the Scythes of the Emperor chapter icon on his shoulder pad. 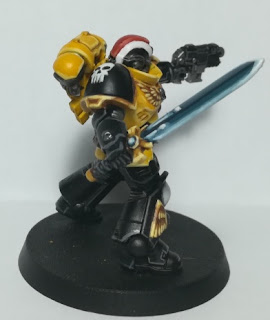 I painted him in the same manner of my Primaris Captain in the previous post. 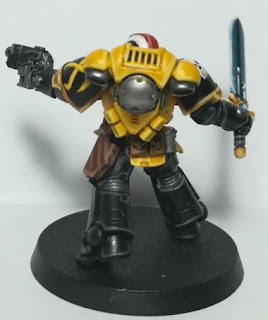 Back view. As with almost all my models. Will need to base them...eventually. 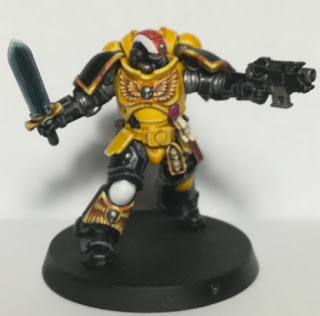 Lookin' good is the first step to greatness. Hope he can achieve more honor on the field of battle in the coming months.

Have a super week ahead all. Looking forward to next Friday. PH!!
Posted by Skanwy at 7:23 PM